Harvard’s beloved blonde takes Yeadon Town Hall by pink storm in this fun, upbeat story of self-discovery. A fabulously fun international award-winning musical based on the adored movie, Legally Blonde The Musical, follows the transformation of Elle Woods as she tackles stereotypes, snobbery, and scandal in pursuit of her dreams. This action-packed musical explodes on the stage with memorable songs and dynamic dances. Equal parts hilarious and heart-warming warming, this musical is so much fun it should be illegal! 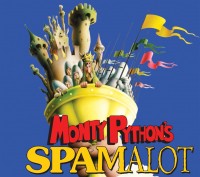 Monty Python’s Spamalot gallops into West Yorkshire (to the sound of banging coconut shells). Lovingly ripped off from the classic film comedy Monty Python and the Holy Grail, Spamalot is a kind-of new musical with a book by Eric Idle and an entirely new score for the new production, (well, almost) created by Eric Idle and John Du Prez.

"Absolutely fab laughed all the way through! Well done - brilliant!"

A man with a boring life meets a woman who says she’s a spy. When he takes her home, she is murdered. Soon, a mysterious organization called “The 39 Steps” is hot on the man’s trail in a nationwide manhunt that climaxes in a death-defying finale! The 39 Steps amounts to an unforgettable evening of pure pleasure!

"Brilliant show! I loved it - laugh out loud funny." 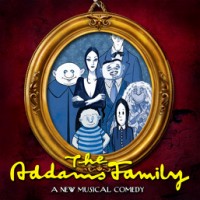 "Wow, wow, wow lost for words! brilliant everything, staging, lighting, each and every principal and a special mention to the ghosts/dancers who brought it all together. We want to see it again!!!"