Six young people in the throes of puberty, overseen by grown-ups who barely managed to escape childhood themselves, learn that winning isn’t everything and that losing doesn’t necessarily make you a loser.

The 25th Annual Putnam County Spelling Bee is a hilarious tale of overachievers’ angst chronicling the experience of six adolescent outsiders vying for the spelling championship of a lifetime. The show’s Tony Award winning creative team has created the unlikeliest of hit musicals about the unlikeliest of heroes: a quirky yet charming cast of outsiders for whom a spelling bee is the one place where they can stand out and fit in at the same time. 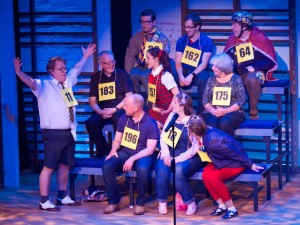 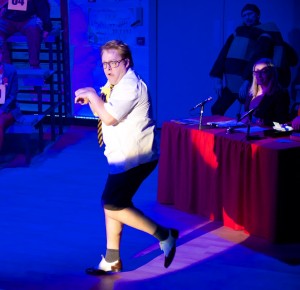 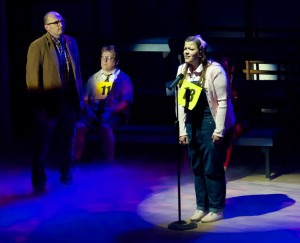 "That was AMAZEBALLS!!!! So funny!! First time at BrassNeck but it won't be the last, it was so professional!"

"Great evening of entertainment. Well done to all involved!"

"Absolutely loved tonight's show. Didn't want it to end. What fantastic talent up on that stage. Brilliant!!!!!"

"That was the best show I've ever seen from BrassNeck. I laughed the whole way through! Congrats on doing such a great job!"

"Been to see the Spelling Bee tonight and loved it. Not to be missed. Well done everyone!"

"I thought it was absolutely perfect - first time I'd seen a BrassNeck show, certainly won't be the last."

"The 25th Annual Putnam County Spelling Bee was fantastic! Haven't laughed like that in a while! My favourite from BrassNeck so far!"

"Without question this is the best amateur show I have EVER seen!!! No gimmicks, no special effects, just pure TALENT.... I'm in awe!!!"