Based on Louisa May Alcott’s own family experiences (and novel), Little Women follows the adventures of Jo, Meg, Beth and Amy March as they grow up in Civil War America.

The beloved story of the March sisters is timeless and deals with issues as relevant today as when they were written. Now, this wonderful narrative has been brought to life as an exhilarating new musical filled with glorious music, dancing and heart. Little Women embodies the complete theatrical experience, guaranteeing a night filled with laughter, tears and a lifting of the spirit.

The powerful score soars with the sounds of personal discovery, heartache and hope – the sounds of a young America finding its voice. 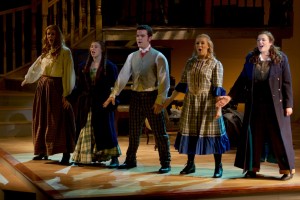 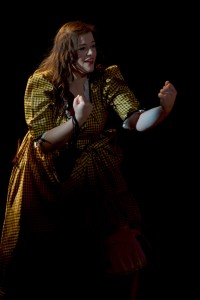 What the audience said about Little Women

" The cast is the best of the best. This Production is as good as a West end Production.. The Singing was awesome the Musical direction was Brilliant."

"Had a fantastic evening watching Little Women at Brassneck Theatre. Well done everyone on a fantastic show!"

"This was as good as any West End production I have seen. Excellent singing. The acting was superb. Particularly impressive was the swift pace, instant cue responses, very clever stage production, very effective lighting... I could go on and on..."

"Greatly enjoyable with a great cast who did full justice to the beautiful sweeping melodies and strong story line of this traditional musical full of romance and family love!!"

"Fantastic show, brilliant performances from everybody!"

"Yet again congratulations to BrassNeck Theatre for another Amazing production last night. Little Women was up there with the professionals."