Harvard’s beloved blonde takes Yeadon Town Hall by pink storm in this fun, upbeat story of self-discovery. A fabulously fun international award-winning musical based on the adored movie, Legally Blonde The Musical, follows the transformation of Elle Woods as she tackles stereotypes, snobbery, and scandal in pursuit of her dreams. This action-packed musical explodes on the stage with memorable songs and dynamic dances. Equal parts hilarious and heart-warming warming, this musical is so much fun it should be illegal!

"I would highly recommend seeing this show! It’s excellent I enjoyed every minute! " 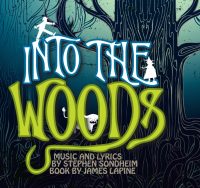 The Brothers Grimm hit the stage with an epic fairytale about wishes, family and the choices we make. Now a Disney film starring Meryl Streep, Emily Blunt and Johnny Depp, James Lapine and Stephen Sondheim take everyone’s favourite storybook characters and bring them together for a timeless, yet relevant, piece…and a rare modern classic. The Tony Award-winning book and score are both enchanting and touching.

"BrassNeck you’ve excelled yourselves with your extraordinary production of Into The Woods!! We loved every minute of tonight’s superb performance, a full 3 and a half hours of musical theatre magic. Your very beautiful and talented cast gave stunning performances character after character, and the orchestra rang every ounce of Sondheim genius out of the musical score. "

Set in L.A.’s infamous Sunset Strip in 1987, ROCK OF AGES tells the story of Drew, a boy from South Detroit and Sherrie, a small-town girl, both in L.A. to chase their dreams of making it big and falling in love. ROCK OF AGES takes you back to the times of big bands with big egos playing big guitar solos and sporting even bigger hair!