BrassNeck Theatre bags the rights to Whistle Down the Wind!

Tagged in: Leeds, Whistle Down the Wind

After taking weeks to secure the rights with The Really Useful Company and leading West End producer Bill Kenwright, BrassNeck Theatre are extremely proud to announce that our May 2013 production will be Andrew Lloyd Webber and Jim Steinman’s superb musical Whistle Down the Wind. 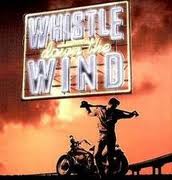 This haunting musical is based on the 1961 film of the same name made famous by Haley Mills and Alan Bates which was set in Lancashire. Reset in Louisiana by Lloyd Webber, the show revolves around the time and place where the word teenager was invented. Swallow, a 15 year-old-girl growing up in America’s deep South in the fifties, discovers a mysterious man hiding out in a barn. When she asks who he is and the first words he utters are “Jesus Christ”, it’s as if all her prayers have been answered. Swallow and the town’s other children vow to protect the stranger from the world that waits outside – the townspeople who are determined to catch a fugitive hiding it their midst. As fantasy and reality collide, Swallow is torn between the two and begins to discover who she is and where she is going.

BrassNeck Theatre are amongst the first companies to be granted the right to perform Whistle Down the Wind after it was released for a limited time in January. This superb show with an amazing story and score is sure to be a hit with both audiences and performers alike.

There are excellent roles for principals, ensemble & children and auditions will be held in the near future. To make sure you’re the first to find out about when and where auditions are taking place, keep checking our FB page and website and get involved in this fantastic show with an outstanding theatre company.