Grab a slice of Christmas Cheer with Little Women 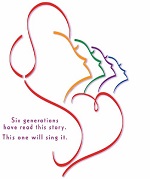 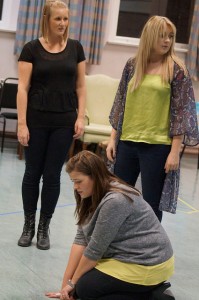 When most people think about the novel Little Women, they think about Christmas. After all, the first chapter is about the four March sisters waking up on Christmas morning. The 1994 film starring Winona Ryder, Kirsten Dunst and Christian Bale is memorable for its winter scenes of ice skating and hillsides covered in blankets of snow.

It’s true; Little Women is partly about Christmas and the festive season, however with a storyline that has kept readers spellbound for well over a century it is about much more than just that. It is a story filled with brilliance, energy and heartbreak from the onset. It follows the adventures of Jo, Meg, Beth and Amy March as they grow up in Civil War America It’s a timeless tale which deals with issues as relevant today as when they were written.

In 2006 this wonderful narrative was brought to life as an exhilarating new Broadway musical filled with glorious music, dancing and heart. Little Women embodies the complete theatrical experience, guaranteeing a night filled with laughter, tears, and a lifting of the spirit. This powerful score soars with the sounds of personal discovery, heartache and hope—the sounds of a young America finding its voice.

BrassNeck Theatre is quickly becoming a major force in the Leeds and Bradford Theatre scene. Recently described in the Leeds list article – Small shows in Leeds you shouldn’t overlook – as ‘one of Leeds’ fastest rising production companies’, BrassNeck continue to bring innovative and quality theatre to local audiences. Little Women comes on the back of the sell-out hit The Wedding Singer and the critically acclaimed Avenue Q. If you haven’t yet seen one of their productions you’re missing out. Book for Little Women and grab yourself an early Christmas present and enjoy a great night of entertainment at the same time.

Little Women will be presented next week, 11-15 November at Yeadon Town Hall at 7.30pm each evening. Tickets are selling fast particularly for the Friday night performance. However, there are still good seats available for earlier in the week. You can buy your tickets online at www.brassnecktheatre.com or call the box office on 0113 2505011.